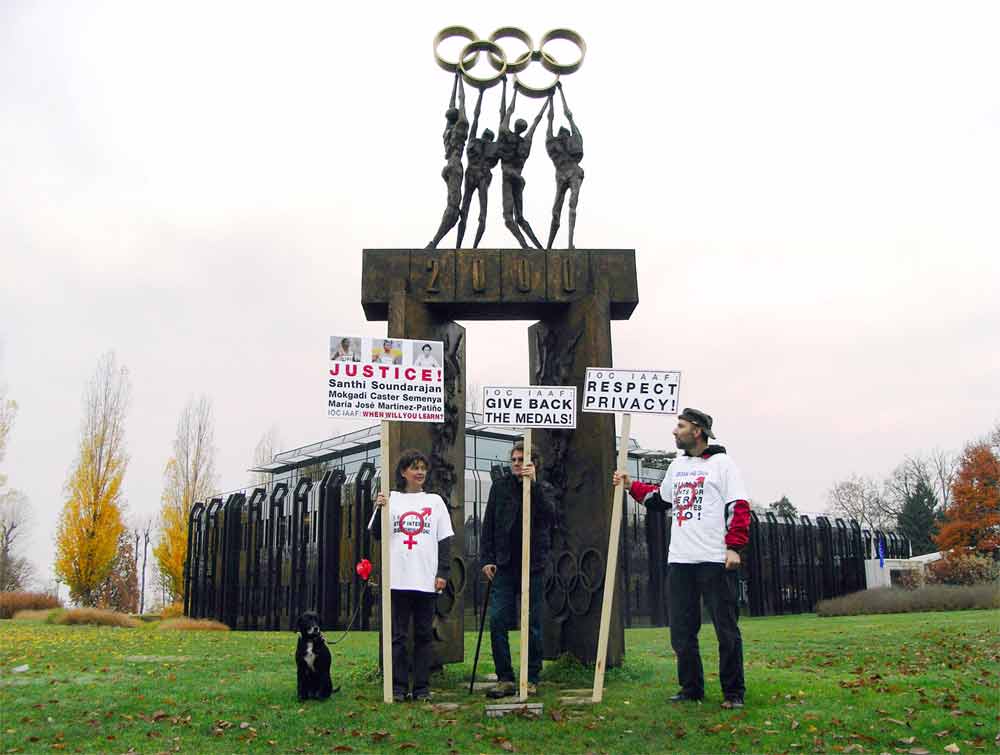 The Tamil-Indian intersex athlete Shanti Soundarajan was arbitrarily banned from further competition without proper possibility to appeal, submitted to public shaming and exposure, and arbitrarily stripped of her honourably won medals. To this day, she lives a precarious existence – and fights for justice. To this day, the Indian state and national athletics association refuse to support her case – arguably also because because she was born a Dalit.

The international intersex human rights NGO Zwischengeschlecht.org / StopIGM.org has been criticising the intolerable actions of international sports federations against (suspected) intersex athletes for more than 8 years.