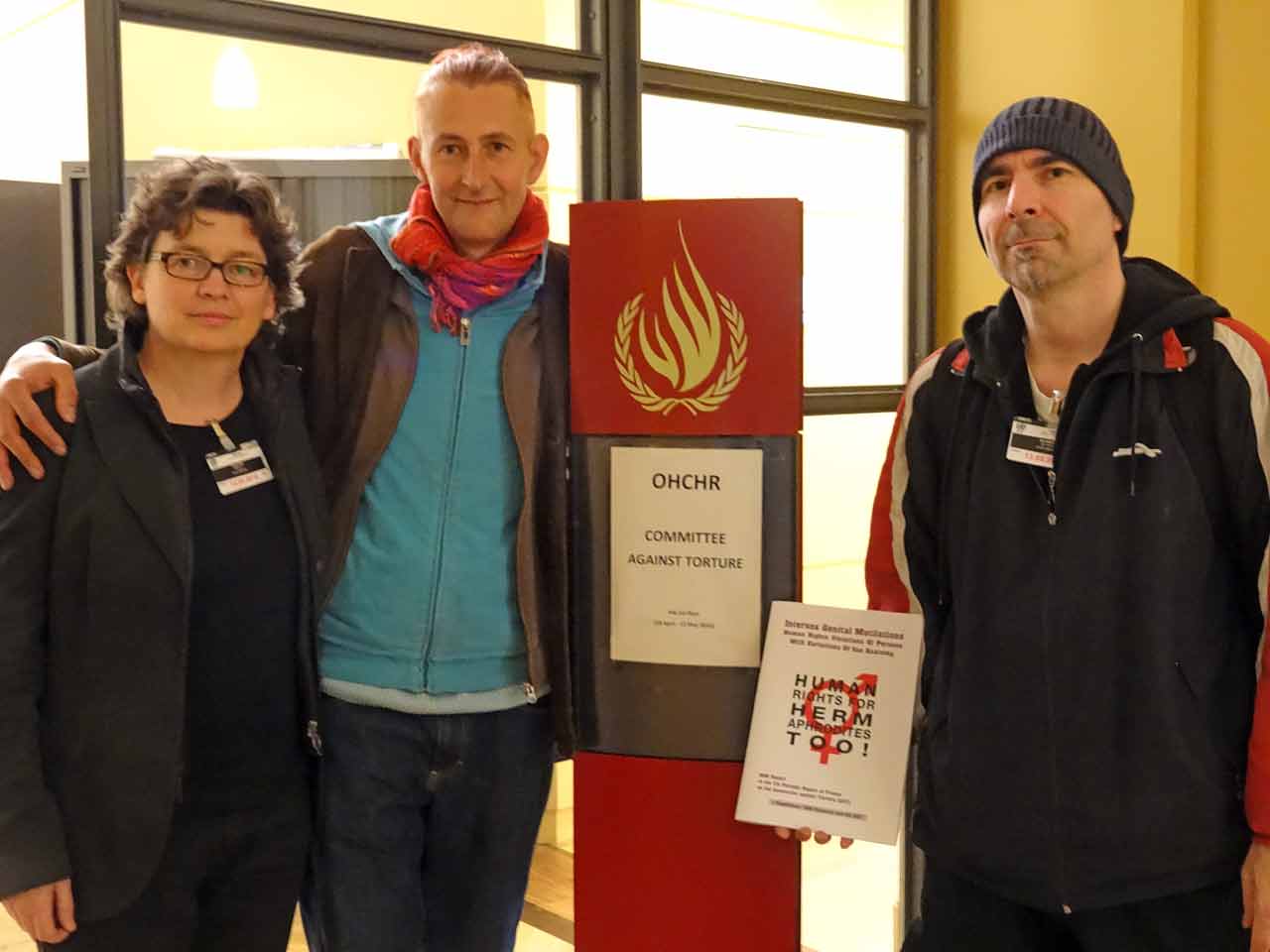 at Palais Wilson before the NGO meeting with the Committe, Geneva 18.04.2016

France is currently up for review of IGM practices at the
57th session of the UN Committee against Torture (CAT).
The public Sessions should be archived at treatybodywebcast.org.
StopIGM.org reported LIVE from Palais Wilson, and is currently in the process of >>> publishing Unofficial Transcripts and Translations of Intersex Q&As.
Hopefully another stern reprimand over IGM for France
is expected ca. Friday 13 May.

Read below the final part of the personal testimony by Vincent Guillot during the private NGO meeting with the Committee against Torture (CAT), Palais Wilson 18.04.2016, 17-18h:

«For more than ten years, I’ve been committed to ensure that intersex children should no longer suffer like me, but the politicians and the doctors refuse to listen.

For example, last November I sent a letter to the Ministries of Justice and Health, but I didn’t get any reply.

Only after France was reprimanded by the UN Committee on the Rights of the Child, the public health insurance replied that the practice is, and I quote, “justified due to approval by the actors in public health.”

In the Senate, the Government announced to concentrate on civil status and gender identity issues instead, which for intersex children are marginal.

I’m still waiting on replies by the Ministry of Justice on the subject of the genital mutilations.

To this day, in France there is no law to protect intersex children from the daily mutilations.

I appeal to the Committee to oblige France to “take effective legislative, administrative, judicial or other measures” [Art. 2 CAT] to protect intersex children.