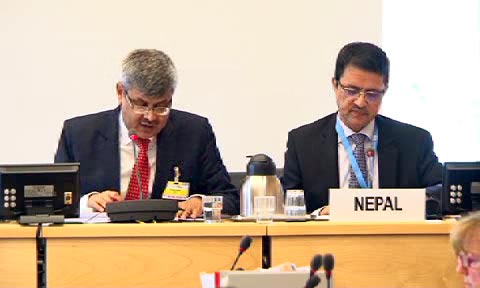 Fri 20 May 10:00-13:00h CET [Nepal: 12:45-16:45h] at the 72nd Session of the UN Committee on the Rights of the Child (CRC), Nepal ‘answered’ the CRC’s questions about Intersex Human Rights including the “growing practice of Intersex Genital Mutilations”  – videos now archived on treatybodywebcast.org. Unofficial Transcription below:
[ Next week, it will be the turn of the UK … ]

11:03h: First round of answers over, no reply on intersex yet. Now follow-up questions by CRC members. 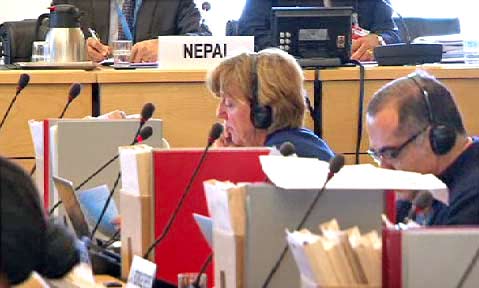 “Thank you. I would just like to repeat my question from yesterday about intersex children, children born with unclear genitals, and it seems there is an increasing practice in your country of subjecting them to some kind of surgery when they are really infants, and without, well, the parents consented, they get the parent’s consent, but this need not be done until children are much older and may be able to give their own consent or their view on this. And I wonder if this is an issue that you’ve at all discussed in your country.”

12:08h: Madhu Prasad Regmi, Secretary of Ministry for Women, Children and Social Welfare and Head of Nepali delegation, “replies” on intersex children – as per usual simply ignores IGM, but deflects to “anti-discrimination measures” and civil status “other than male or female” – BINGO! 🙁

“One question still seems to be unanswered, it is about the intersex children. Yeah, the constitution has adopted the principal of non-discrimination based on sex or the religion or cast, ethnicity or origin or any other type. So there will be no discrimination against any person based on gender or ethnicity or anything else. And I would just like to kindly inform, kindly draw her attention that the government of Nepal has recently initiated to provide citizenship certificate, even passports and [incomprehensible] id card by explicitly mentioning the gender other than male and female. So that is also we have recently started the practice. That is what I would like to say, the answer of her question. Thank you.”

12:19h: No more follow-up questions by Committee members – involvement of children in armed conflicts under the optional protocol now – so, re: intersex that was probably that.

Ca. 16:00h:  First round of questions finished … While questions were asked about harmful practices (e.g. about forced marriage), no questions on intersex so far … 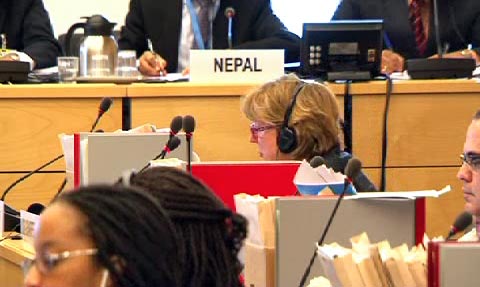 The replies on intersex by the Nepali delegation are due tomorrow during the 2nd Session, Fri 20 May 10-13h CET. To be continued …