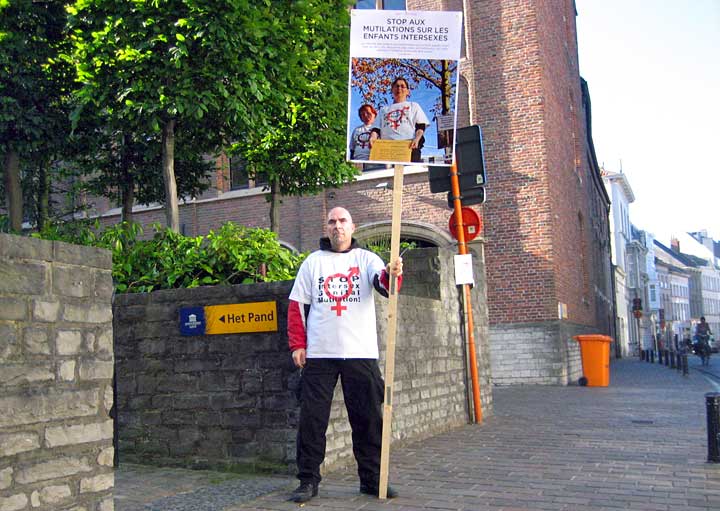 The European Union (EU) is the biggest funder of IGM perpetrators in the world, currently paying out an undisclosed two-digit million Euro amount alone for the perpetrators’ ‘research’ projects ‘D$Dnet’ and ‘I-D$D’ run by well-known mutilators.

(‘To keep pace with’ these EU ‘advances in basic and clinical DSD research’, the U.S. mutilators are now enjoying a similar ‘D$D Translational Research Network’ funded by the NIH.)

On the other hand, for the victims of Intersex Genital Mutilations the EU has only ‘strong regrets’, and fig leaf ‘anti-discrimination initiatives’ …

To illustrate how typical EU-funded IGM perpetrators’ ‘research’ works, StopIGM.org documents salient examples from the international, genetics and eugenics-driven, multi-million Euro project ‘D$Dnet’ a.k.a. ‘A systematic elucidation of differences of sex development’ a.k.a. “BMBS [Biomedicine and Molecular Biosciences] COST Action BM1303”, funded by “COST, European Cooperation in Science and Technology” and the “EU Framework Programme Horizon 2020”, including 36 EU and other member states.

‘D$Dnet’ itself includes well-know IGM perpetrators and clinics from 28 nations around the globe, including Germany, France, the UK and more European countries, as well as Egypt, Israel, Russia, Japan, Indonesia, Australia and the U.S.A.

All these EU and other involved states not only allow such ‘research’ and the daily mutilations to continue, but actively support them – despite 20 years of criticism by intersex persons and others that directive counselling inevitably leads to more and more unnecessary surgery and other harmful ‘treatments’ clearly in violation of basic human rights, including the UN Convention on the Rights of the Child and the UN Convention against Torture.

Intersex people need strong legislation against all forms of IGM practices, access to redress and justice including review of statutes of limitations, and TRUTH & RECONCILIATION COMMISSIONS, also in the European Union – NOT ‘D$D’ perpetrators’ ‘research’ and ‘anti-discrimination’ cover-ups!! 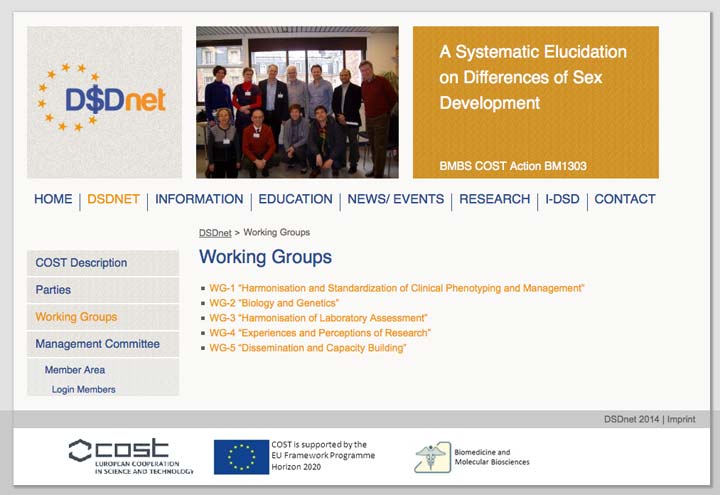 EU Millions for IGM perpetrators – persons concerned as fig leaf – how much longer?!

The basic organisational structure of the ‘global IGM cartel’ remains the same since its inception in 1950, with paediatric endocrinologists taking the lead, often collaborating with paediatric (urology) surgeons.

Since the 2nd ‘genetic boom’ starting around 2000, also geneticists are increasingly involved, and in 2006 the medical taxonomy shifted from gonadal (endocrine) to karyotype (genetics).

In current ‘D$D research’, as well as in the day-to-day IGM ‘treatments’ of the participating university children’s clinics, if psychosocial experts, psychologists and ethicists (or persons concerned) are included at all, then only as minor afterthought and never in leading positions (and persons concerned and their organisations only as a fig leaf and/or to recruit fellow ‘test subjects’) – and IGM practices are advocated as ‘justified’ and ‘reasonable’.

As can be gleaned from their website (Management Committee | Participating Parties | Memorandum of Understanding (PDF –> p 4), the EU-funded ‘DSDnet’ is no exception: 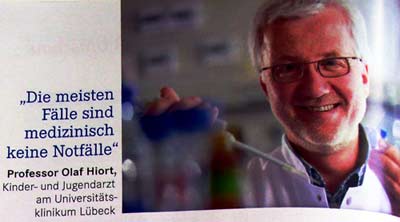 ‘Most cases are no medical emergencies’ (but we operate anyways)

• Chair of ‘D$Dnet’ is the paediatric endocrinologist and geneticist Prof. Olaf Hiort (Luebeck University Children’s Clinic, Germany, pictured above), who also was chair of the precursor projects ‘EuroDSD’ and ‘Netzwerk D$D/Intersexualität’, and who has a long track record of publicly advocating and trying to whitewash IGM practices, and the Luebeck University Children’s Clinic is a well known international IGM perpetrator.

• Experts in psychosocial counselling are NOT represented at ‘D$Dnet’, psychologists only as a fig leaf, and ethicists and human rights experts NOT AT ALL.

• ‘D$Dnet’ openly operates under the premise that ‘often multiple’ IGM practices, including cosmetic genital surgeries a.k.a. ‘surgical interventions […] performed for genital reconstruction to a male or female appearance’, as well as castrations a.k.a. ‘gonads are often removed’, are justified due to the birth of an intersex child being perceived as ‘extremely challenging for families and health care professionals’ (see “Memorandum of Understanding”, PDF –> p 4): 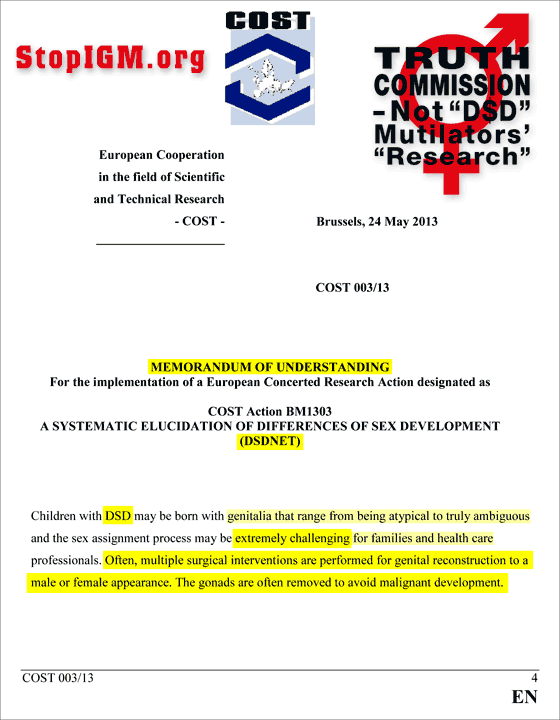 • Persons concerned and their organisations are once more ‘involved’ by name only and as a fig leaf (despite assertions to the contrary).

• While it is true that there was a fig leaf ‘survey’ of (some) persons concerned and (some) intersex organisations, in fact the questions were of such a biased nature that any possible answer inevitably will be instrumentalised as a ‘justification’ for even more human experimentation and genital mutilations in serious breach of the human rights of the persons concerned, see e.g. the possible answers regarding ‘research priorities’: ‘Human rights? Ethics? That would be the bloody day!’ – click to enlarge!

• As per usual, at the time of the fig leaf survey, the course of the ‘research’ project was long set, as well as the organisational structure consisting of mostly hardened IGM perpetrators long determined.

• Similarly, at the time of the fig leaf survey, the possibility of participation of experts from scientific fields not immediately involved in IGM as perpetrators (e.g. human rights, social psychology, sociology, ethnology) had been long excluded – despite that persons concerned and their organisations have been criticising for a long time that ‘research’ run by perpetrators constitutes a continuation of medical violence and human rights violations, including the continuing attempt to ‘justify’ such crimes.