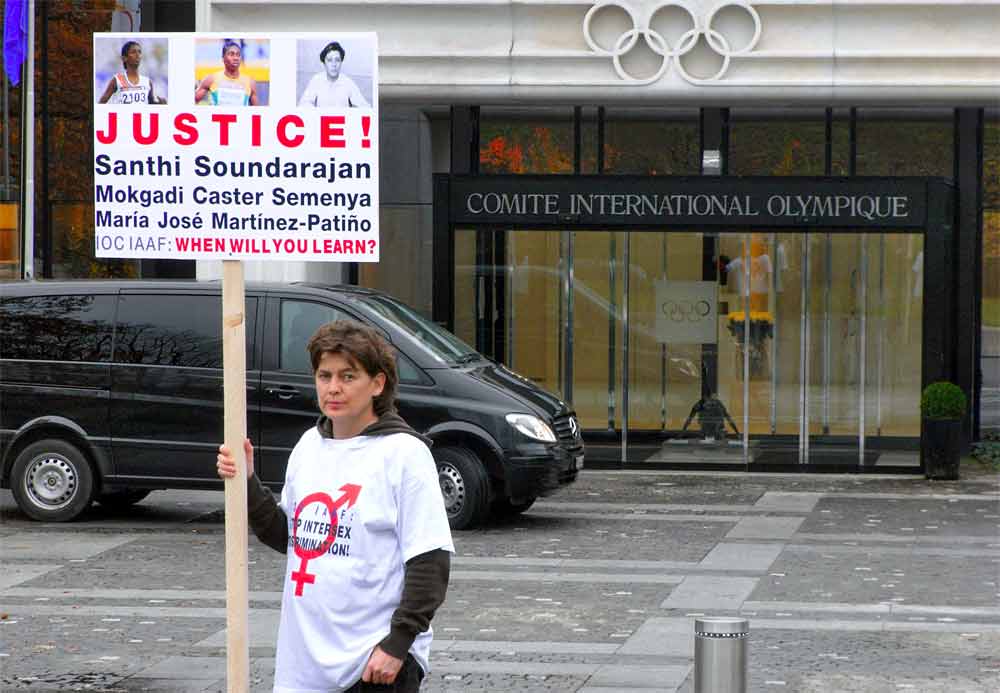 Since 2010, Zwischengeschlecht.org has warned that global sports bodies International Olympic Committeee (IOC), International Association of Athletics Federations (IAAF), and International Federation of Association Football (FIFA) are letting well-known Intersex Genital Mutilators loose on unsuspecting (alleged) intersex athletes, and that the new gender testing rules that came into force in 2012 with discretionary tests for individual athletes on grounds of “suspicion” or “challenge” (as the IAAF policy tellingly put it) are used as a means to coerce especially intersex athletes from the global south to “consent” to medically unnecessary Intersex Genital Mutilations (IGMs), according to a verdict by the chairman of IOC’s Medical Commission, “Most cases, Ljungqvist said, require treatment such as surgery or hormone therapy”  (see e.g. Background Report 2009, Press Release 17.01.2010, Press Release 22.01.2010).

A recent >>> New York Times article by Katrina Karkazis und Rebecca Jordan-Young now confirmed this, referring to a (in the article not referenced) >>> 2013 publication in “The Journal of Clinical Endocrinology and Metabolism” (PDF) (doi: 10.1210/jc.2012-3893):

Subsequently, all 4 athletes were coerced to submit to castration and partial clitoris amputation, surgical widening of the vagina and hormone “replacement theapy” with estrogens (“partial clitoridectomy with a bilateral gonadectomy, followed by a deferred feminizing vaginoplasty and estrogen replacement therapy”). According to the mutilators, all 4 athletes “consented” to the procedures explicitly described as medically unnecessary, in order to be able to be cleared for competition one year later. However, the report doesn’t mention if the athletes were informed about all the “side effects” of the mutilating procedures, as well as that most survivors later regret having these procedures done on them, and it also doesn’t mention whether or not the athletes were offered access to peer support – serving as a strong indicator that, as per usual, in fact they were NOT.

While there are still no ideal gender testing rules in sight, and therefore possible future revisions will mostly also remain imperfect, the above confirmed blatant human rights violations of intersex athletes from the global south by the global sports bodies once more highlight the urgent need for TRANSPARENCY and ACCOUNTABILITY in current and future gender testing, including mandatory (anonymised) DISCLOSURE of all cases of testing, banning, and enforced “medical” treatments (while of course respecting the privacy of the athletes concerned), as well as independent MONITORING including collaboration with intersex organisations.

Despite all the severe injustice and damage done to (presumed or actual) intersex athletes by IOC/IAAF/FIFA, including public hounding and shaming, arbitrary bans and “stripping” of medals, or imposing of IGM practices like above, also in 2016 so far no sports representative or other guilty party was ever held accountable for their actions.