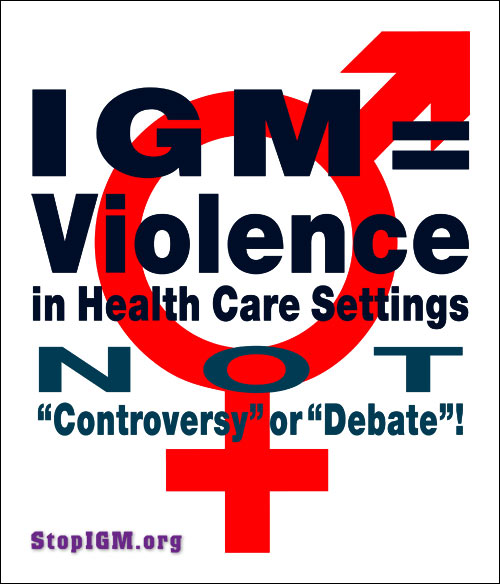 When talking, writing or lecturing about intersex and rightfully addressing violence against intersex people, it’s not acceptable to count only comparatively rare cases of “verbal and physical abuse” and “bullying” while at the same time dismissing Intersex Genital Mutilations, framing IGM as “controversy” and “heated debate” over “health and medical services” instead.

IGM is VIOLENCE, a HARMFUL PRACTICE comparable to FGM, and INHUMAN TREATMENT in breach of the UN convention against TORTURE, and by far the most common and most severe form of violence intersex people experience, and MUST STOP!

Framing IGM not as violence, but as “health care”, or under “discrimination” or “civil status and identity issues” is INTERSEX APPROPRIATION and actively siding with the perpetrators, and MUST STOP just as well!