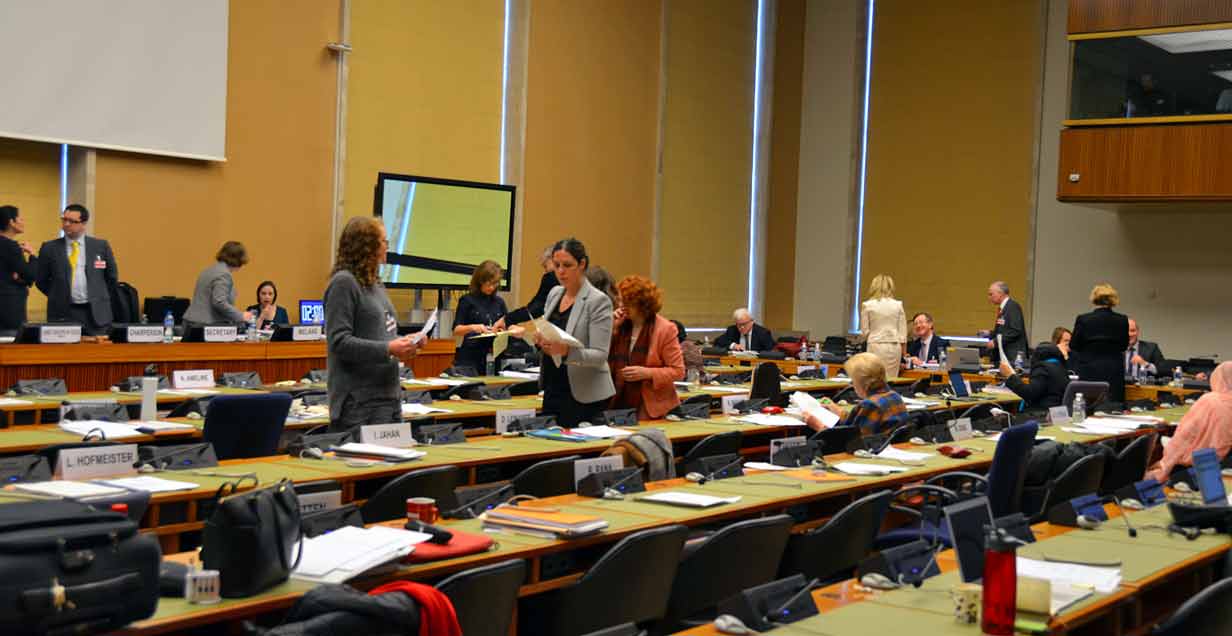 Today it’s the turn of Ireland to be questioned over Intersex Genital Mutilations at the 66th Session of the UN Committee on the Elimination of Discrimination against Women (CEDAW) on Wed 15 February 10-13h CET + 15-17h CET   >>> archived webcast
StopIGM.org was reporting LIVE from Palais des Nations in Geneva, expecting tough questions, and yet another reprimand for IGM at the end of the session on 3 March.

«Another very disturbing phenomenon that comes from stereotypes and entrenched gender identities is the – what seems to be still ongoing in Ireland and – is the practice of IGM, namely the non-consensual or involuntary surgical or other medical intervention to quote unquote “masculinise” or “feminise” intersex children, so as to assign them to one specific sex, and it’s still practiced in Ireland as we understand causing lifelong pain and suffering for many children. It was recognised by other human rights treaty bodies as harmful practices and Ireland was called to eradicate this practice. Please inform us on any steps in that direction.

Another harmful practice which Ireland seems to be tackling rather well but still I have a question about that, is the FGM the Female Genital Mutilation […] »

12:08h: Irish delegate Kieran Smyth (Principal Officer, Department of Health, Research & Development and Health Analytics Division, Dublin) just “replied” to the question on IGM with the obligatory gov denial … rejecting the term IGM … claiming only 2-3 cases “with ambiguity” per year at Our Lady’s Children’s Hospital … “only medically necessary surgery” would take place after “unanimous decision” by medical team and parents in the “best interest” of the child …

«I’d in fact like to turn to the issue of intersex more correctly used terminology rather than IGM. Intersex is a umbrella term to denote a number of different variations in bodily characteristics that do not match strict medical definitions of male or female.

Approximately 2 to 3 children per year are born in Ireland with ambiguous genitalia. These neonates are commonly referred to Our Lady’s Children’s Hospital, as it is the centre with a full range of specialists to assist with the diagnoses of the cause of the ambiguity. The hospital counsels parents and supports them in every way while the interdisciplinary team carries out a full assessment.

Only when all the facts are known does the hospital sit down with the family and work out what is the best interest now and into the future for the child. These meetings involve a senior paediatric endocrinologist, a senior paediatric urologist, the parents with the support from social worker and psychologist. Consent is taken as part of the consent protocols for the children’s hospitals and this would include a discussion of the risks and benefits of the proposed treatments and alternatives.

I’d now like to turn to the separate, entirely separate issue of Female Genital Mutilation […]»